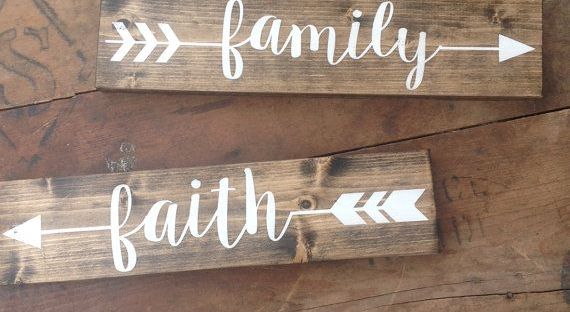 I came to a funny realization today as I was giving my bulldog a bath.

Poor Goose sat patiently in the tub while I applied his medicated skin shampoo (which the directions say to leave on for 15 minutes – excuse me, but what dog sits in one place for 15 minutes!?) As I was scrubbing him & trying to keep him occupied, I was laughing to myself as his sad brown eyes were staring daggers into my soul. “I’m sorry, smoosh!” I said, petting his gremlin ears. I thought about how he’s probably mad at me because just hours before his bath, I was cleaning his ears. Before that? Brushing his teeth. Last night? Cleaning his tear stains and washing his little armpits out with a baby wipe.

The poor dog hates getting groomed. He absolutely detests me picking at him, examining his skin, sifting through his wrinkles to make sure there aren’t any sores (french bulldogs are very high maintenance, ya’ll!) No matter how many times I speak to him in my most annoying high pitched baby voice, pleading for him to forgive me for LOVING him, he still holds grudges after getting his nails filed.

Every time I get nipped or scratched up trying to care for him, I verbally swear to him and myself that if he wants to act like a lunatic while getting groomed – I’ll just stop caring for him altogether; and he can get all the fleas, long nail diseases & ear infections that he wants. Of course, as any parent (to a human or fur baby) knows, I would never do that. This sounds so silly – but it really resonated with me that this is exactly how it goes with our parents. We fight them, when they’ve always known what was in our best interest. 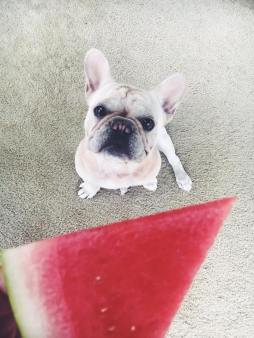 I’m on my third month of post-graduation bliss (& by bliss, I mean life that consists of being unemployed & living with my parents.) I absolutely love my parents more than anything in the world. I think we even have a better relationship than most 23-year-old kids & parents do, but that doesn’t omit butting heads over who left the last Keurig K-Cup in the machine.

We’ve had a few disagreements over the summer, nothing dramatic.. but in a moment of tending to my dog, I just sort of realized that every disagreement we’ve ever had was usually in my best interest. Every “be the bigger person,” or “MAKE THE DAMN DOCTORS APPOINTMENT ALREADY” by mom, every “you can do better than that” by dad – it all annoyed me {eye-rolling definitely ensued} but it all made me Meg.

It has really dawned on me how many things my parents were right about throughout my life. They would disapprove of the boys I brought home (who cheated on me two weeks later) they would shake their heads at the girls I hung around with (who dropped out of college and began using drugs) It seemed like they always had that parent-given-sixth-sense.

I’m so thankful for how my parents raised me. It wasn’t too strict, it wasn’t really strict at all – because they let me make my own choices but always added their input If I asked. They would guide me without force, let me fail a few times to figure it out on my own. In my late teens, I was smart enough to see through the low-life boys and bad influence girls. I never used drugs, I never partied hard – because they taught me to hold myself at a higher standard.

I am so blessed. I thank god every day for my family, boyfriend, dogs, friends – the minor stuff, like my college education and the opportunities that have been given to me {mostly by my parents} They’ve always supported me. They never discouraged my career path, which blows my mind – because can you imagine your kid coming up to you and saying “hey mom I want to spend $80,000 of your money to get a degree in fashion journalism” ?! You know what my mom said? “Anna Wintour better watch her back.”

My dad’s wisdom baffles me! He always has the answer to everything – even if it’s not what I want to hear. I’m so thankful they instilled my faith. I cannot imagine my life without the relationships I have with my mom, dad and God. I know I’m kind of rambling, but at the end of this post I hope you go hug your parents.

As I’ve started packing up boxes to officially flee the nest (3 weeks…eek!) I’m excited but terrified, knowing that life without my parents 2 hours away or right down the hall begins. I’m just really glad they asked me to go to church, told me I had to go softball practice instead of a slumber party, refused to take me to a sleazy boy’s house, pleaded with me to try harder in school, supported me in my dreams of becoming a print journalist. It has all lent itself to this absolutely beautiful life that I’m lucky enough to call my own. Thanks ma! Thanks daddo – I love you guys more than you can imagine.

And, you were right about everything. 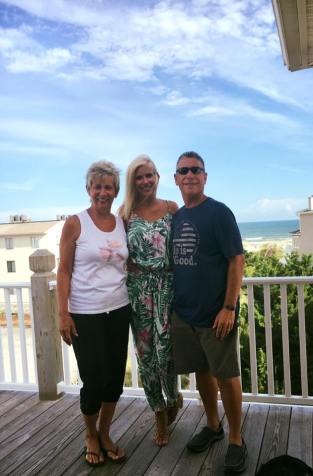 & Goose – if you’re reading this..I hope you’re nicer to me when I try to clean your ears next time.

A wedding blogger on a mission to inspire brides everywhere!